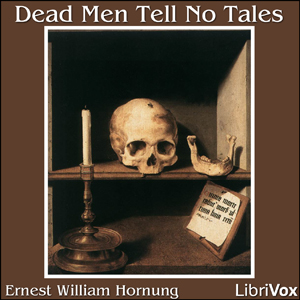 Hornung was the third son of John Peter Hornung, a Hungarian, and was born in Middlesbrough. He was educated at Uppingham during some of the later years of its great headmaster, Edward Thring. He spent most of his life in England and France, but in 1884 left for Australia and stayed for two years where he working as a tutor at Mossgiel station. Although his Australian experience had been so short, it coloured most of his literary work from A Bride from the Bush published in 1899, to Old Offenders and a few Old Scores, which appeared after his death.

After he returned from Australia in 1886, he married Constance Doyle, the sister of Sir Arthur Conan Doyle in 1893. (Wikipedia)

Reviewer: Satyaban - favoritefavorite - May 7, 2016
Subject: I quit listeniing
Chapter 4 has such a horrible hum I gave it up. How do they let such things slide.

Reviewer: PCSmith - favoritefavoritefavorite - March 24, 2015
Subject: An excellent story
I greatly enjoyed this book and on the whole it was well read. Sadly chapters two, ten and twenty are read by one of LibriVox's worst readers. I would have given the book 5 stars had someone else been chosen to read these three chapters.

Reviewer: mikezane - favoritefavoritefavoritefavorite - May 21, 2012
Subject: Excellent mystery/adventure
A ship carrying secret cargo sinks under mysterious circumstances, and Mr Cole is the only survivor. This breaks his heart, especially since he had met the lady of his dreams on the ship. Then, while convalescing, he sees someone who he thinks was someone from the ship.

Confused, he decides to take up a friend's offer to rest in the countryside, which leads only to more mystery and more appearances of people who were thought dead. Is he seeing things, or is there something more sinister to the mystery of the sunken ship?

Mixed readers, but no complaints. I enjoyed the story very much.